Functional software testing is an essential part of any software testing procedure. Doing it correctly the first time can eliminate costly and time-consuming repairs later and help keep customers happy. Being able to automate portions of functional testing with products like ZAPTEST makes the process even more painless.

What Is Functional Testing?

In performing a functional test, you are looking for any gaps, errors, or anything missing from the software or app requirements.

Code coverage testing is vital. Plus, you will also want to do unit testing for line coverage, code path coverage, and method coverage.

Developers (and sometimes testers) perform smoke tests after each new build to ensure stability and to test critical functionality. Smoke testing verifies the stability of the entire system.

Testers usually run sanity tests after smoke tests. Sanity testing ensures that specific new functionalities from the build or bug fixes of the app or software system are working as they should.

Testers use regression testing among the types of functional testing to ensure that any new code, updates, or bug fixes didn’t break the existing functionality of the app or software or cause any instabilities independent features.

For example, you don’t want your new code or bug repair to break the ability to input data into an older part of the software.

Developers (and sometimes testers) do integration testing to ensure that the individual modules within the software or app are connected and work together. Integration testing involves examining logic and rendered values. It ensures that modules integrate well with third-party tools and pinpoints defects in exception handling.

For example, you could test if the login page takes you to the correct module after logging in. Or you could check if deleted items go into a trash bin after deleting them.

After doing other types of functional testing, beta/usability testing allows actual customers to test to ensure that a new product update works properly before it goes live to everyone. Customers give feedback on how well the upgrade works, developers to consider further changes to the code for usability purpuses.

For example, if the look of the user interface changes with the update, beta testing allows customers to give feedback on what works, what doesn’t, and which features are missing.

After determining if the software is doing what it should, non-functional testing can measure how well it performs in various circumstances.

Performance testing enables developers to discover how well software components work. It measures the overall quality of the software to determine how fast it is and its scalability.

Some examples of performance testing include measuring response times, finding bottlenecks, and finding points where the software fails.

Load testing helps ensure the software works and meets user expectations under normal loads rather than testing it at extreme capacities.

For example, you might check how the system performs when more customers than usual log in to the system.

How To Perform Functional Testing?

Introduction & What To Test in Functional Testing

Functional testing is essential to determine if software or apps are working as they should without bugs.

One of the first things you need to do before testing is to determine your testing goals. Any small script changes could affect how the software functions overall.

Thus, it is vital to identify which software components are connected to any changes and test each connected component to ensure it works according to expectations.

During testing, it’s essential to test various scenarios for each feature, thinking of all the what-ifs that could happen on the user’s end.

For example, what if the user tries to input a password that doesn’t meet your criteria? What if the user pays with an expired credit card or in a different currency? What if two users want the same login name?

You want to create testing data that simulates normal conditions based on the testing scenarios that you identified previously. To do so, you will want to list out what should happen in the event that each of these scenarios occurs.

For example, if someone tries to create a login that already exists in the system, they should get an error message prompting them to create a different login.

If you get different results from the tests than you expected, you should record it.

For example, if it is possible to create a login that is the same as another person’s login, you should mark it as a problem that needs a resolution.

Step 5: Determine How to Resolve Problems

After you’ve identified a problem that needs a solution, you should record the issue in a formal location so that the identified problem is accessible to the entire project team.

After determining the solution and making the changes, you will need to test again to ensure the defect is solved across the platform.

Should You Automate Functional Testing?

Functional testing can be a tedious process to enact manually, especially if changes within the code affect multiple areas of the software. Looking at the benefits, challenges, and limitations of using software like ZAPTEST for automated functional testing can help you determine if it is right for your situation. 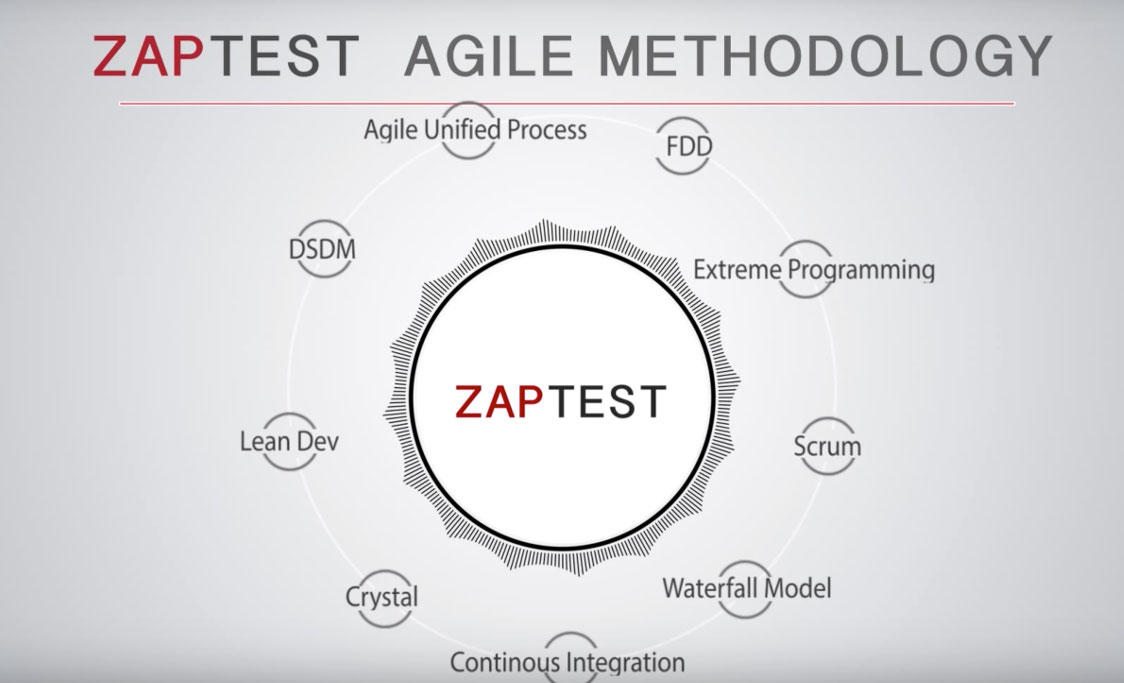 Automating functional tests with tools like ZAPTEST saves time and effort and allows fewer bugs to slip through than with manual testing. Automating testing across platforms is more cost-effective than manual testing and provides a truer indication of how users will experience your software.

Automating functional testing will serve you better when performed correctly. Here are some best practices to follow.

When compiling data for automated tests that need multiple data sets, the data should be easy to use, read, and maintain. The information should come from easily-readable sources such as XML files, text files, or within a database. Keeping data in these formats makes the automation framework easier to maintain, use, test, and reuse.

Being organized is also key when various team members need to be able to use the same data.

Have a Dedicated Automation Team

It is vital that testing includes functional UI tests to verify if the software works the same across different operating systems, browsers, and devices. Thus, it is important to script tests that don’t break and require only minimal changes in the event of UI changes.

You will want to create a strategy that includes a list of components you need to test regularly. Once you know which components need testing after changes across different platforms, you are more likely to reveal more bugs in the earlier testing stages.

Who Should Do What in Functional Testing? 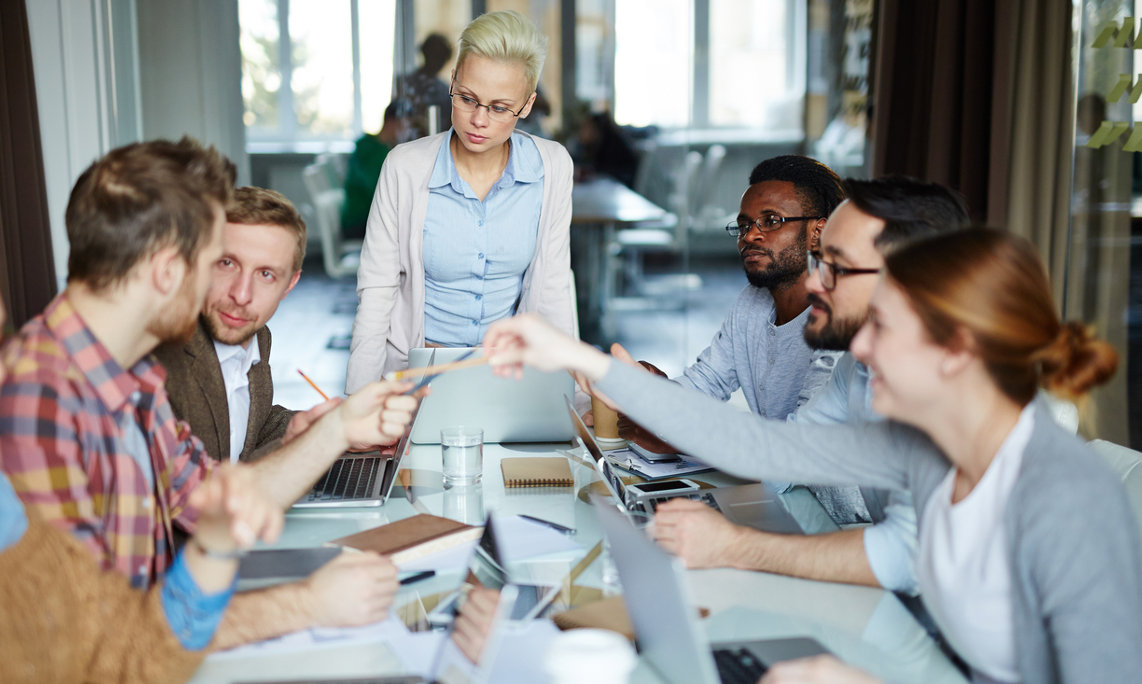 There are a wide variety of functional test automation tools available. Thus, it is imperative to find the right tools to determine if your software is functioning as it should. 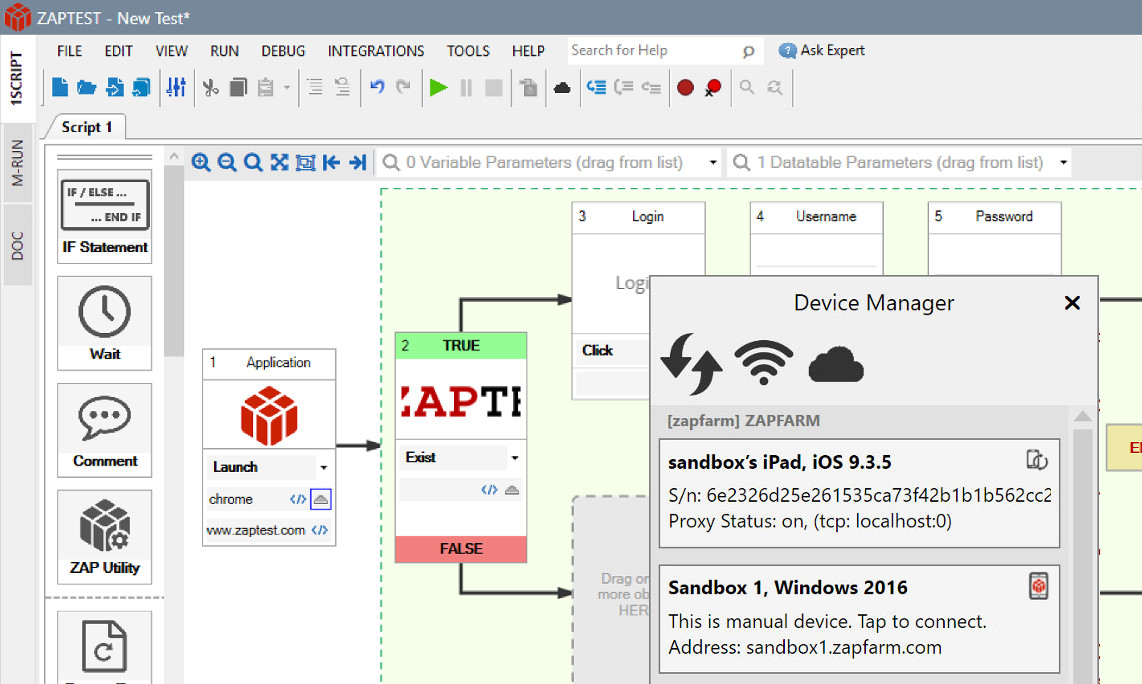 A good functional testing automation tool is easy to use for all team members, regardless of skill level.

The testing tool should also be easily reusable for multiple tests and changes. The ability to store data in the cloud for later saves time and cost.

Free automated functional test automation tools have many benefits, but they also have limitations.

There are many automated functional testing tools out there, but these are some of the best:

When Should You Choose an Enterprise-Level Functional Testing Tool?

Using an enterprise-level version instead of a free functional testing tool provides you with more functionality and cross-organization sharing opportunities.

When You Need to Save Time

When You Need to Check More UIs

Enterprise-level functional testing tools check more UIs without modifying your code to ensure that customers using different operating systems, devices, or browsers are able to use your software or app equally.

Enterprise-level functional software testing allows for better data management so that you can refer back during future tests and duplicate testing more easily.

When you choose enterprise-level functional testing software, you’re able to view your data across multiple devices and locations so that more users can work on the same projects without duplicating efforts.

Choosing an enterprise-level functional testing tool can give members of your organization unlimited access regardless of how many people need to access the data.

When You Need More Functional Testing Services and Benefits

When choosing a functional testing company like ZAPTEST, visiting a company’s functioning testing website can give you a better idea of what each tool offers and what it doesn’t.

Here are some other questions to consider in relation to functional testing. 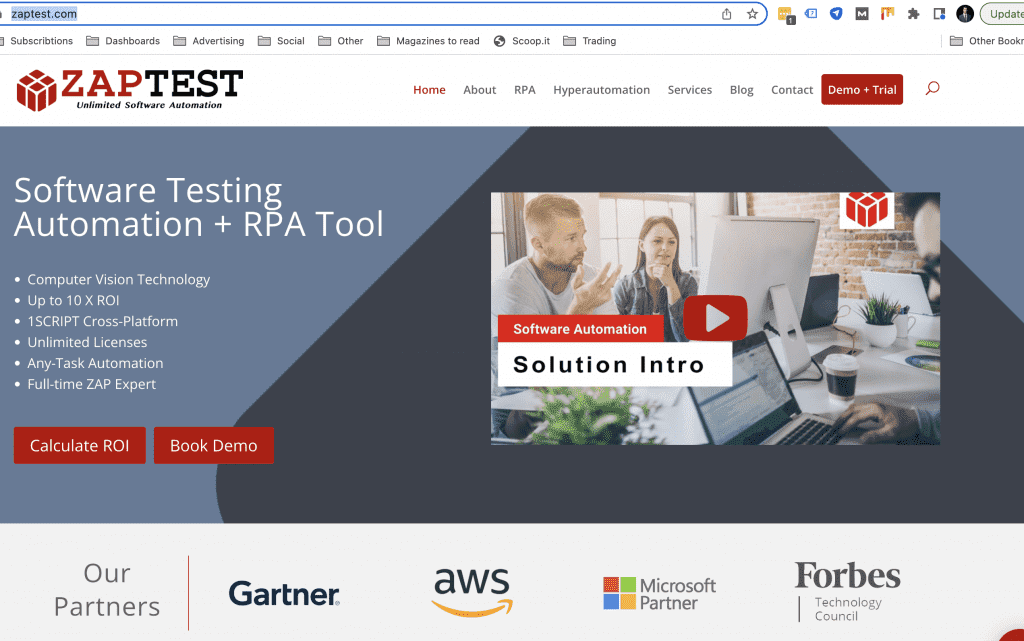 What are the types of testing?

What are testing techniques?

What is functional testing with an example?

For example, you could test to ensure new coding allows users to the correct page after login. If it does not, it indicates an error in the code somewhere that needs repair. 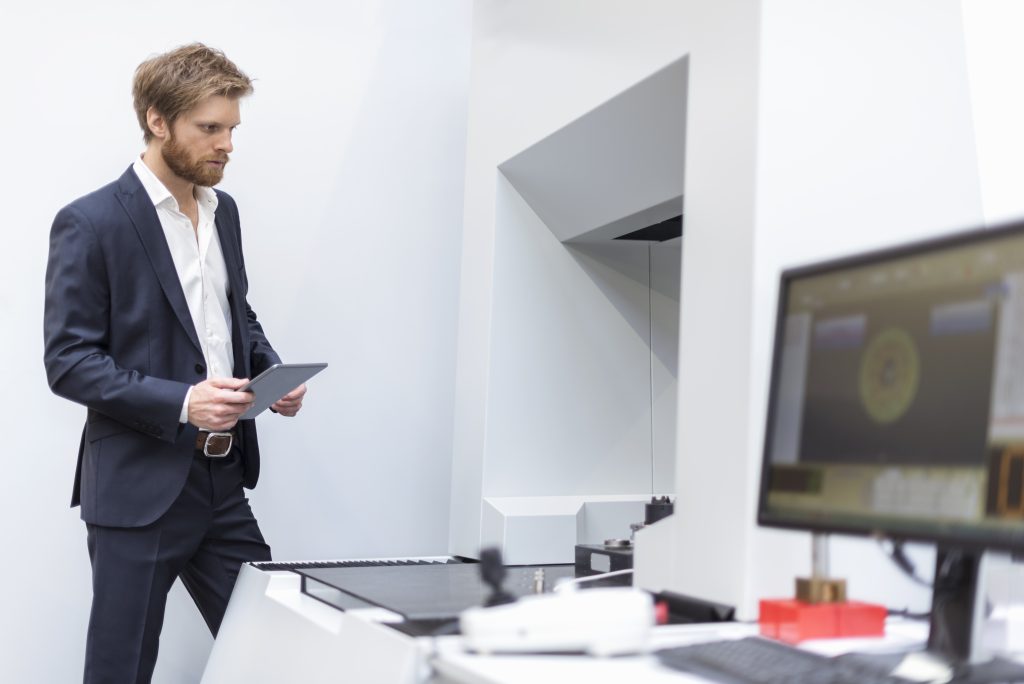 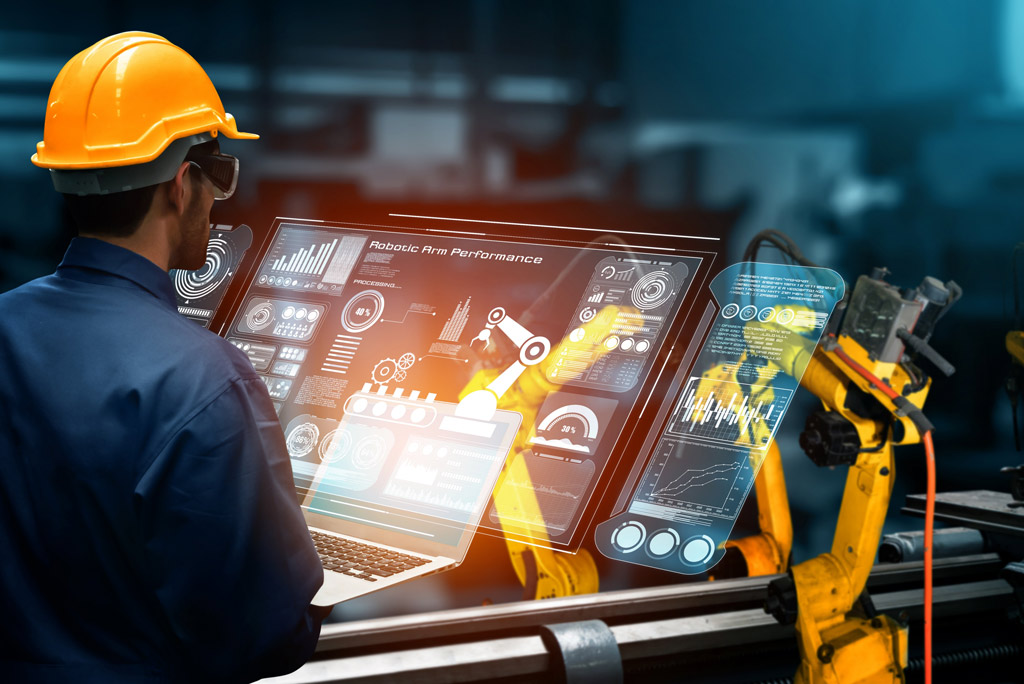 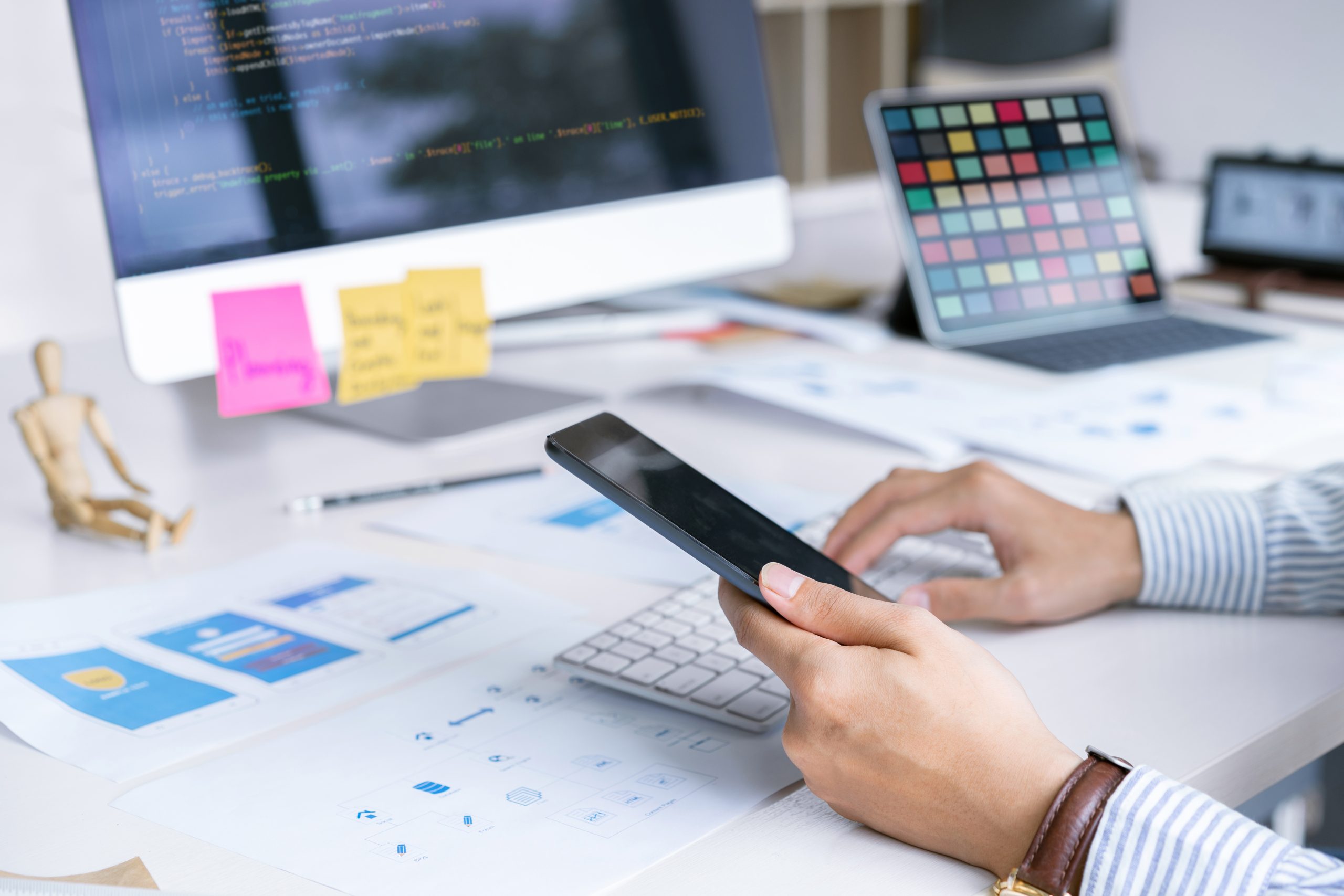 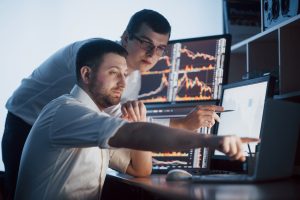 We use cookies on our website to give you the most relevant experience by remembering your preferences and repeat visits. By clicking “Accept”, you consent to the use of ALL the cookies.

Do not sell my personal information.
Cookie SettingsAccept
Manage consent

This website uses cookies to improve your experience while you navigate through the website. Out of these, the cookies that are categorized as necessary are stored on your browser as they are essential for the working of basic functionalities of the website. We also use third-party cookies that help us analyze and understand how you use this website. These cookies will be stored in your browser only with your consent. You also have the option to opt-out of these cookies. But opting out of some of these cookies may affect your browsing experience.
Necessary Always Enabled
Necessary cookies are absolutely essential for the website to function properly. These cookies ensure basic functionalities and security features of the website, anonymously.
Functional
Functional cookies help to perform certain functionalities like sharing the content of the website on social media platforms, collect feedbacks, and other third-party features.
Performance
Performance cookies are used to understand and analyze the key performance indexes of the website which helps in delivering a better user experience for the visitors.
Analytics
Analytical cookies are used to understand how visitors interact with the website. These cookies help provide information on metrics the number of visitors, bounce rate, traffic source, etc.
Advertisement
Advertisement cookies are used to provide visitors with relevant ads and marketing campaigns. These cookies track visitors across websites and collect information to provide customized ads.
Others
Other uncategorized cookies are those that are being analyzed and have not been classified into a category as yet.
SAVE & ACCEPT